Intuition, deliberation, and the evolution of cooperation

Humans often cooperate with strangers, despite the costs involved. A long tradition of theoretical modeling has sought ultimate evolutionary explanations for this seemingly altruistic behavior. More recently, an entirely separate body of experimental work has begun to investigate cooperation’s proximate cognitive underpinnings using a dual-process framework: Is deliberative self-control necessary to reign in selfish impulses, or does self-interested deliberation restrain an intuitive desire to cooperate? Integrating these ultimate and proximate approaches, we introduce dual-process cognition into a formal game-theoretic model of the evolution of cooperation. Agents play prisoner’s dilemma games, some of which are one-shot and others of which involve reciprocity. They can either respond by using a generalized intuition, which is not sensitive to whether the game is one-shot or reciprocal, or pay a (stochastically varying) cost to deliberate and tailor their strategy to the type of game they are facing. We find that, depending on the level of reciprocity and assortment, selection favors one of two strategies: intuitive defectors who never deliberate, or dual-process agents who intuitively cooperate but sometimes use deliberation to defect in one-shot games. Critically, selection never favors agents who use deliberation to override selfish impulses: Deliberation only serves to undermine cooperation with strangers. Thus, by introducing a formal theoretical framework for exploring cooperation through a dual-process lens, we provide a clear answer regarding the role of deliberation in cooperation based on evolutionary modeling, help to organize a growing body of sometimes-conflicting empirical results, and shed light on the nature of human cognition and social decision making. 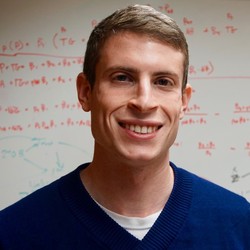