People’s beliefs about normality play an important role in many aspects of cognition and life (e.g., causal cognition, linguistic semantics, cooperative behavior). But how do people determine what sorts of things are normal in the first place? Past research has studied both people’s representations of statistical norms (e.g., the average) and their representations of prescriptive norms (e.g., the ideal). Four studies suggest that people’s notion of normality incorporates both of these types of norms. In particular, people’s representations of what is normal were found to be influenced both by what they believed to be descriptively average and by what they believed to be prescriptively ideal. This is shown across three domains: people’s use of the word ‘‘normal” (Study 1), their use of gradable adjectives (Study 2), and their judgments of concept prototypicality (Study 3). A final study investigated the learning of normality for a novel category, showing that people actively combine statistical and prescriptive information they have learned into an undifferentiated notion of what is normal (Study 4). Taken together, these findings may help to explain how moral norms impact the acquisition of normality and, conversely, how normality impacts the acquisition of moral norms. 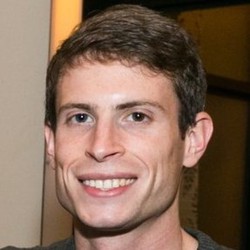